OK, we went to Chicago on Saturday for the first time since we moved here two years ago. It was fun, could have been better, but maybe next time we go we will know what to do and be more prepared. We went with the Chandler's and the Clark's and all our kids! 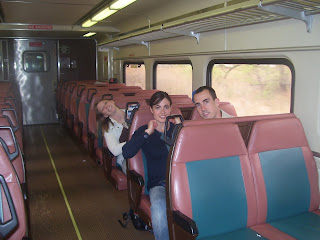 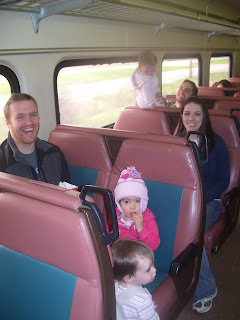 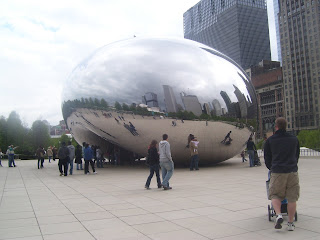 It is crazy what people consider art, but we couldn't resist and had to take pictures! 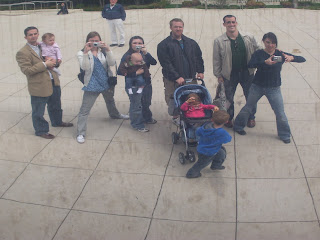 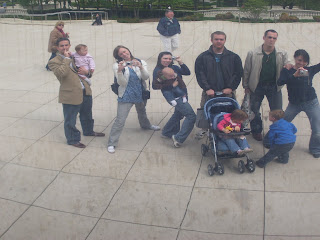 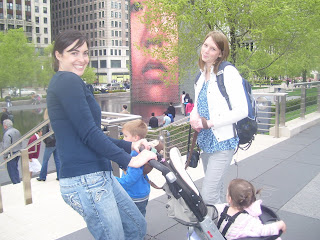 Paige and Michelle, my saving graces! 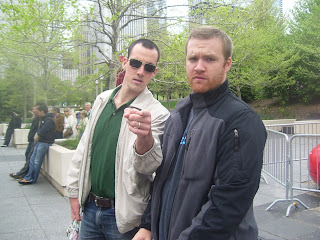 Sambo and Trey being all tough, kinda 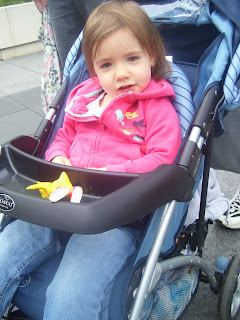 This was my happy girl before the sun went behind the clouds the wind came up and hell broke lose! 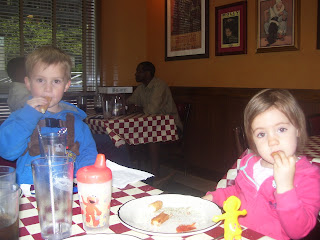 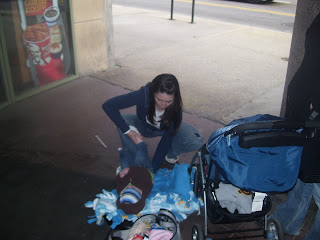 SO nowhere had room for me to change my son so I had to do what I had to and change him in the middle of downtown Chicago. I would have waited but if I waited more than 3 seconds we were going to have huge problems! I should have known it would set the tone for the rest of the day! 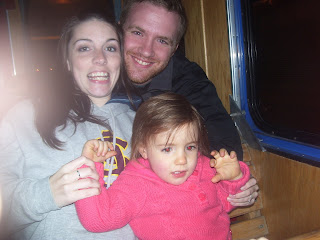 Piper didn't want to cooperate on the trolley. 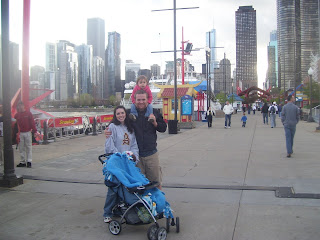 My family at Navy Pier. The view of the lake and city were awesome! 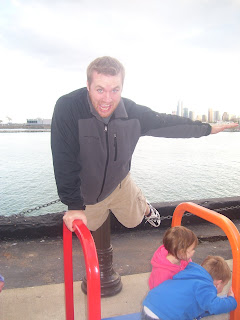 Sambo being my Sambo!!! 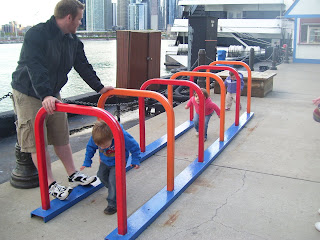 The kids played and played with this. The only free thing in the city! 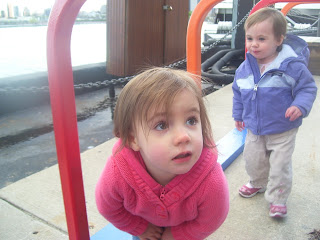 It was freezing and Piper was trying to keep her fingers warm. She kept putting them in between her legs to keep them warm! 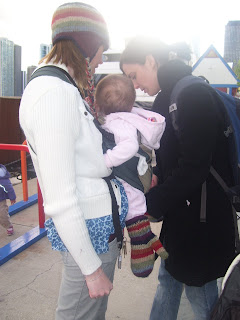 It was so cold so Paige put mittens on Alyese legs! 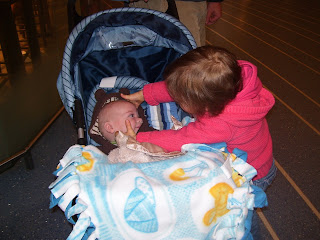 Piper wanted Thaddeus to look at her when she was talking to him! 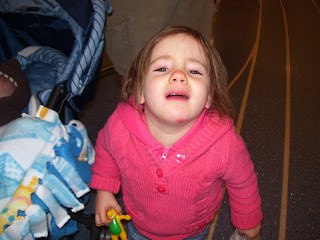 Piper fell and hit her chin on the bus back to the train station. That is when things went downhill for my baby girl! 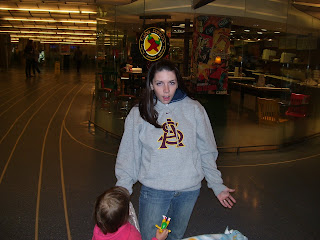 This is me at the end of my rope! 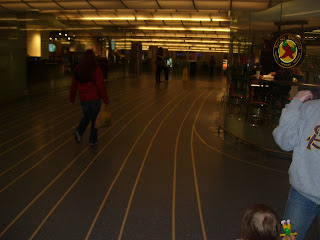 If you are fans of Batman then you know that Batman rides his motorcycle thru this very train station and down this very hall and up into the city! Sam couldn't help but take a picture! 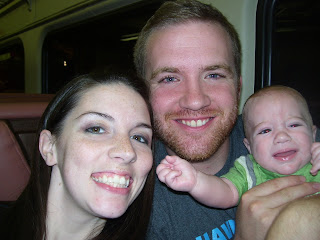 Thaddeus about to hit the end of his rope! 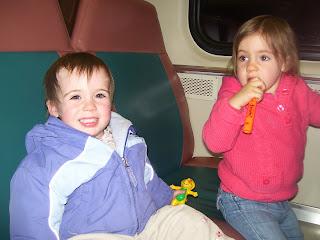 Piper was getting sick but it wasn't stopping her from playing with friends, even though she was dead tired! 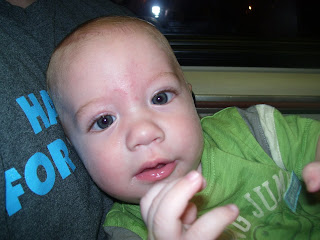 Thaddeus was a good sport all day in the freezing cold and blistering wind and being way off his schedule! Overall, we had fun. We could have had more fun, but maybe next time we will!? We will have to go when it is warmer, but up here it is warm for about 3 weeks and then it is cold again. Only a little sick of the cold, I don't think it shows much though?

Looks like a fun idea, but maybe you should wait till early June! Did you know Amanda Pavlovsky is living in Chicago? She's actually roommates and best friends with one of my roommates from BYU-I.

I hope next time is more fun too. Maybe with just two kids and warm weather you will have a total blast!
Know what would be more fun though? NO KIDS! Haha
Trey and I will have to take the kids one day so you guys can go on your own!
Have a good summer!
Paige

Even though I was totally at the end of my rope and Matt was going to get a beating when I got home....I loved every minute since it was the last time I was in Chicago and I got to spend it with my two best friends!!!