SO my kids have grown like weeds this summer! Since I haven't been blogging these past couple of months and they have changed so much here are their updates. 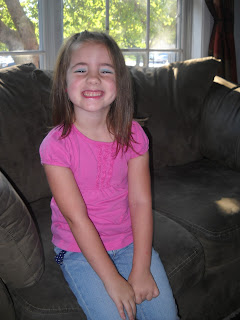 Piper has started KINDERGARTEN!! She loves it and even though she started a month later than everyone in the class, she wasn't behind at all. She is thriving and she surprises me at just how grown up she is. The new funny things she says and does. I can't beleive she grew up on me! I try to see that gorgeous baby I brought home almost 6 years and it is hard to imagine! She is still the best big sister and Acey just loves her! 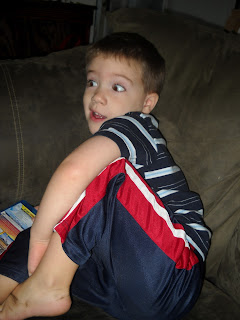 Classic Bud photo. This kid can't take a serious picture to save  his life! Bud is finally potty trained and is such a big boy. He talks so good and now that Piper is out of the house more, he has taken the big brother role very seriously. Although he doesn't have the caress Piper posesses. 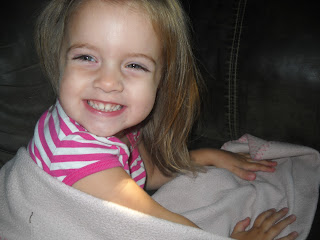 Miss Odes! She gets crazier and sillier and cuter everyday. She can dress herself and put on her own shoes. Most of the time I find her without a diaper on sitting on the potty by herself. She will tell me after the fact that she has peed in the potty. I wasn't going to potty train her til we were settled here in Arizona, but she kinda sorta trained herself. We still have accidents but when I formally start training her soon, maybe that will stop. She talks up a storm and loves to sing. SING SING SING!! 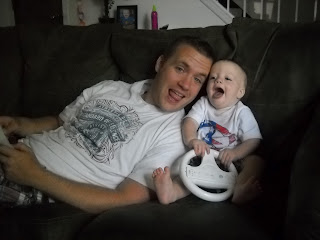 ( I couldn't find a recent picture of Acey by himself)

Where do I begin? Acey has grown by leeps and bounds. Babies tend to do that. His birthday is the end of the month and I can not beleive the year went by so fast! He doesn't talk at all, except to say "Momma" but he will shake his head yes or no when you ask him a question. He loves to act like a big boy and run with his siblings. I stopped nursing him at 10 months and I couldn't get him to take a bottle of formula. So we went straight to whole milk in a sippy cup and man did he bulk up! He has gained 3 pounds in 6 weeks since we started the whole milk! I guess living on just my skim milk doesnt allow so much growth. He still only had 2 bottom teeth but he is a walking! He still perfers to crawl if his sibling are to far ahead of him. But most importantly, he loves his mommy most!!!